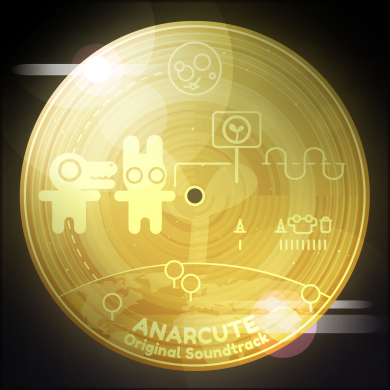 The original soundtrack to Anarcute includes 22 tracks and was released on February 24, 2017.

The OST has been composed by Nomade.

Listen to crazy, funky music, shot through with the game universe.

Anarcute is an indie game developed by students from the Supinfogame school. The game has a wide appeal owing to its cute world and intuitive crowd-beat’em all gameplay.