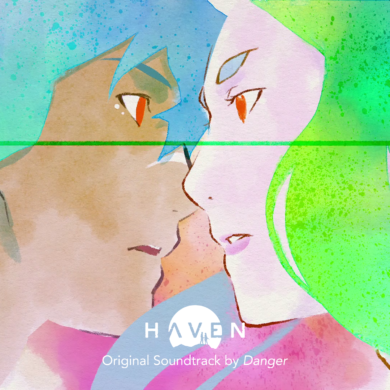 “4:42 Still Free” is the first available single from the soundtrack. The soundtrack is now available in vinyl, CD or digital version on our store.

Explosive and colorful soundtrack, between synthwave and pop.

Already at work on The Game Bakers‘ previous game, Furi, Danger is a major actor of the French synthwave scene. His universe, very graphic, is inspired as much by film music as by video games and anime.

Haven is an RPG adventure about love and freedom, which can be played solo or in two-player mode in a local co-op. Developed by the independent studio The Game Bakers (Furi).