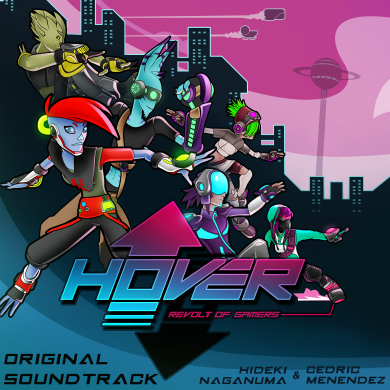 Listen to the original soundtrack to Hover : Revolt Of Gamers released on June 9, 2017.

A futuristic electro soundtrack similar to Jet Set Radio unique style. A mix between modern electro from Cédric Menendez and the Japanese madness from Hideki Naganuma.

Hover : Revolt of Gamers was created by Fusty Game and Midgar Studio.

Published by Plug In Digital and The Sidekicks

Hover : Revolt Of Gamers is a fast-paced parkour game in a futuristic open world. After the success of the Kickstarter campaign in 2014 and a long period in Early Access, the game offers now many challenges to perform single or multiplayer.