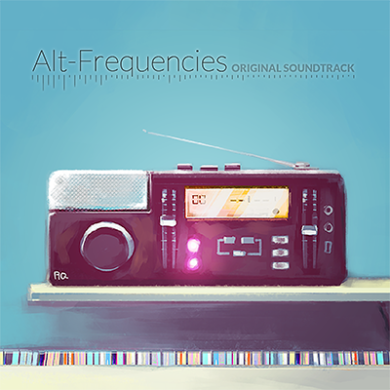 The original soundtrack to Alt-Frequencies is available since May 15th 2019.

The OST includes several composers from the previous games of the Accidental Queens studio (“A Normal Lost Phone” and “Another Lost Phone”): Yponeko (ft. Juliet), Cédric Menendez, Alexandre Inglebert, Your Wife, Last Night, Araignée du Soir and Hector Bonte (ft. David Coburn). Each artist brings their personal touch to the OST, which features diverse musical genres including rock, pop and electro. The ensemble harmonizes around an indie style similar to the values embodied by the studio.

Alt-Frequencies is an audio mystery game where you use the airwaves to open the world’s eyes to the truth. Record, rewind time and broadcast snippets of radio shows to expose radio hosts, conspiracy theorists, politicians, underground activists – and a dog

The game is available on Steam, itch.io, the App Store and Google Play.